This site has covered the work of Petrobank to develop the THAI (Toe-to-Heel Air Injection)and CAPRI processes for upgrading oilsand bitumen underground for increased recovery rates and lower costs. There are other projects to lower the cost and increase the recovery rate of the oilsands.

Excelsior has developed the COGD process in cooperation with Hot-Tec Energy Inc., a private company affiliated with members of the In-situ Combustion Research Group from the Department of Chemical and Petroleum Engineering at the Schulich School of Engineering, University of Calgary.

COGD employs an array of vertical air injector ignition wells above a horizontal production well located at the base of the bitumen pay zone. A short initial period of steaming prepares the cold bitumen for ignition and develops enhanced bitumen mobility in the reservoir. Upon ignition a combustion chamber develops above and along the length of the horizontal well with combustion gases segregated in the upper part of the reservoir and hot bitumen flowing by gravity into the horizontal production well.

It also involves a reduction in diluent demand as a result of potential in situ bitumen upgrading and a reduced environmental impact through decreased water draw and water recycling, decreased fuel gas and diluent demand.

Underground coal gasification has been used commercially outside of North America for close to 40 years with minimal surface impact when compared to traditional coal mining and production.

The project with Swan Hills Synfuels LP is the first of its kind in North America to demonstrate coal gasification at depths greater than 1,000 meters below the surface. 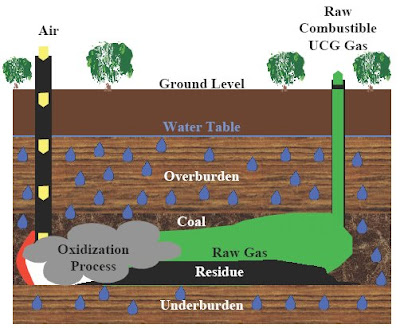