Home
Uncategorized
Progress to a vaccine against Alzheimer’s and stroke 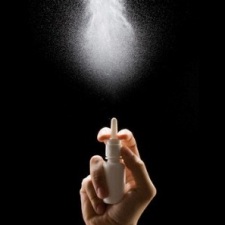 Researchers led by Dr. Dan Frenkel of Tel Aviv University’s Department of Neurobiology at the George S. Wise Faculty of Life Sciences are working on a nasally-delivered 2-in-1 vaccine that promises to protect against both Alzheimer’s and stroke. The new vaccine repairs vascular damage in the brain by rounding up “troops” from the body’s own immune system.

In addition to its prophylactic effect, it can work even when Alzheimer’s symptoms are already present. The research on this new technology was recently accepted for publication in the journal Neurobiology of Aging.

“Using part of a drug that was previously tested as an influenza drug, we’ve managed to successfully induce an immune response against amyloid proteins in the blood vessels,” says Dr. Frenkel, who collaborated on this project with Prof. Howard L. Weiner of Brigham and Women’s Hospital, Harvard Medical School. “In early pre-clinical studies, we’ve found it can prevent both brain tissue damage and restore cognitive impairment,” he adds.

The vaccine, Dr. Frenkel explains, activates macrophages — large proteins in the body that swallow foreign antigens. When the vaccine activates large numbers of these macrophages, they clear away the damaging build-up of waxy amyloid proteins in our brain’s vascular system.

Animal models showed that once these proteins are cleared from the brain, further damage can be prevented, and existing damage due to a previous stroke can be repaired.

A new road to an Alzheimer’s cure?

Could the breakthrough lead to both a vaccine and a long-sought cure for Alzheimer’s disease? “It appears that this could be the case,” says Dr. Frenkel, who worked on the study with his doctoral student Veronica Lifshitz and master degree students Ronen Weiss and Tali Benromano. “We’ve found a way to use the immune response stimulated by this drug to prevent hemorrhagic strokes which lead to permanent brain damage,” he says.

In the animal models in mice, Dr. Frenkel’s team worked with MRI specialist Prof. Yaniv Assaf and his Ph.D. student Tamar Blumenfeld-Katzir of Tel Aviv University’s Department of Neurobiology and then with “object recognition” experiments, testing their cognitive functioning both before and after administration of the vaccine. MRI screenings confirmed that, after the vaccine was administered, further vascular damage was prevented, and the object recognition experiments indicated that those animals treated with the new vaccine returned to normal behavior.

Dr. Frenkel believes that this approach, when applied to a human test population, will be able to prevent the downward health spiral of Alzheimer’s and dementia. The vaccine could be given to people who are at risk, those who show very early symptoms of these diseases, and those who have already suffered strokes to repair any vascular damage.

So far the vaccine has shown no signs of toxicity in animal models. Dr. Frenkel is hopeful that this new approach could lead to a cure, or at least an effective treatment, for the vascular dementia found in 80% of all people with Alzheimer’s.

Read next: Shift to 450 mm wafers may wait two nodes for the 10 nm node in 2015-2017 according to Intel researcher »
« Increasing processor efficiency by “shutting off the lights”