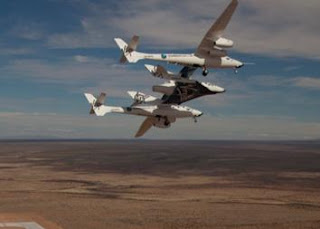 Virgin Galactic’s signed contract with the Southwest Research Institute is the first such agreement to fly scientists into space (over 100 kilometers or 328,000 feet above the Earth), enabling valuable microgravity, biology, climate and astronomy research.

As part of the contract announced today, SwRI has made full deposits for two researchers to fly on Virgin Galactic’s spacecraft, with the intent to make similar arrangements for an additional six seats for a total value of $1.6m. As well as flying its own researchers, who will carry scientific experiments developed by its in-house technical staff, SwRI also aims to assist American researchers who do not have direct spaceflight experience to develop and fly their payloads and personnel on suborbital missions.

Commenting on the agreement, George Whitesides, President and CEO of Virgin Galactic said: “This agreement signals the enormous scientific potential of the Virgin spaceflight system. Virgin Galactic will be able to offer researchers flights to space that are unprecedented in frequency and cost. Science flights will be an important growth area for the company in the years to come, building on the strong commercial success already demonstrated by deposits received from over 400 individuals for Virgin’s space experience”.

Virgin Galactic’s SpaceShipTwo is the only crewed suborbital vehicle in flight test today, and the only vehicle based on a spacecraft that has already sent humans into space, the X Prize-winning SpaceShipOne. Virgin Galactic offers a significantly larger cabin than any other company taking deposits today, allowing unique technology demonstrations and science experiments.

Read next: Increasing processor efficiency by “shutting off the lights” »
« Thin Coating of nanowires will boost thermoelectric effect