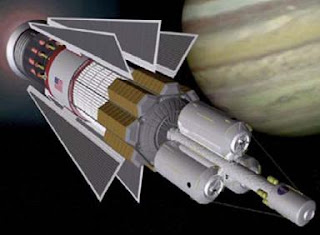 The full “Use of Mini-Mag Orion and superconducting coils for near-term interstellar transportation” paper is available for free online (2007, 9 pages)

I had previously suggested avoiding the 1000 Terawatt laser of the interstellar minimag by predeploying the fuel along the path of the minimag.

Interstellar transportation to nearby star systems over periods shorter than the human lifetime requires speeds in the range of 0.1–0.15 c and relatively high accelerations. These speeds are not attainable using rockets, even with advanced fusion engines because at these velocities, the energy density of the spacecraft approaches the energy density of the fuel. Anti-matter engines are theoretically possible but current physical limitations would have to be suspended to get the mass densities required. Interstellar ramjets have not proven practicable, so this leaves beamed momentum propulsion or a continuously fueled Mag-Orion system as the remaining candidates. However, deceleration is also a major issue, but part of the Mini-Mag Orion approach assists in solving this problem.

A 1000 T crewed spacecraft and propulsion system dry mass at .1 c contains ∼ 9×10^21 J. The author has generated technology requirements elsewhere for use of fission power reactors and conventional Brayton cycle machinery to propel a spacecraft using electric propulsion. Here we replace the electric power conversion, radiators, power generators and electric thrusters with a Mini-Mag Orion fission–fusion hybrid. Only a small fraction of fission fuel is actually carried with the spacecraft, the remainder of the propellant (macro-particles of fissionable material with a D-T core) is beamed to the spacecraft, and the total beam energy requirement for an interstellar probe mission is roughly 10^20 J, which would require the complete fissioning of 1000 ton of Uranium assuming 35% power plant efficiency. This is roughly equivalent to a recurring cost per flight of 3.0 billion dollars in reactor grade enriched uranium using today’s prices. Therefore, interstellar flight is an expensive proposition, but not unaffordable, if the nonrecurring costs of building the power plant can be minimized.

While quite futuristic in approach, we believe the Mini-Mag Orion concept is extremely promising for interstellar travel if breakthrough propulsion does not bear fruit in the next 50 years or so. The seminal result of this paper is that we are not stuck in this solar system, even if breakthrough physics does not yield a new propulsion system. We note that none of the concepts mentioned here are not extant at some nascent level of investigation. Substantial maturing of technology is required, but no breakthroughs in physics are required. Assuming that breakthrough physics does not yield a new propulsion concept, we are certainly on the verge of a new biology. We should reasonably expect that human lifespans could, at some point in the future, achieve antediluvian proportions. Given our former fractional time breakout, this means that a crew could ostensibly travel for 600 years and still be in their prime at the destination. This would mean that humanity could populate the galaxy in 60.90 LY spheres. Given the sophistication of humans and robots at that time, we could expect a new Diaspora to occur every 4000 to 5000 years. In a million years, half the galaxy could be inhabited.

Note: Antediluvian civilizations are civilizations believed to have existed before the Great flood of Noah. Biblical genealogy states that ancient people lived to approximately 10 times our current life span. 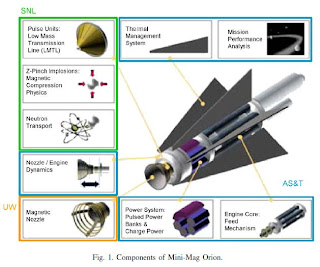 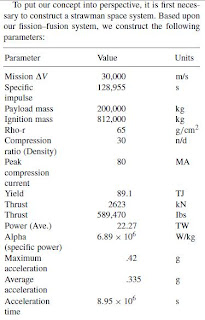 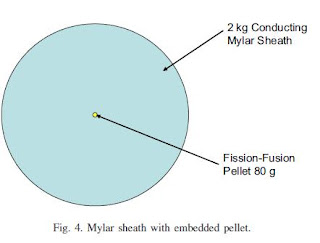 Read next: Rooting the Nook into a basic $190 color, wifi, android tablet »
« Programmable Molecular Robots can choose different branches and not just move in straight line