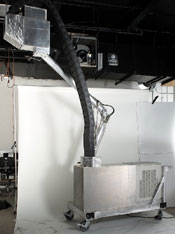 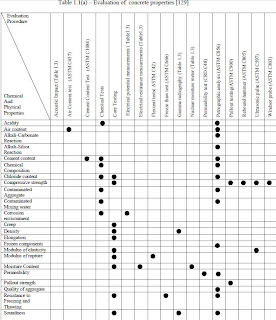 The US economy is supported by a vast network of transportation infrastructure facilities in the form of highways, railroads, waterways, transit ways, pipelines etc. The worth of this infrastructure is estimated to be around $2.5 trillion. In the US there are about four million miles of paved roads and highways and 575,000 bridges. Statistics from the Federal Highway Administration (FHWA) indicated that approximately 230,000 bridges are either functionally obsolete or structurally deficient and are in need for immediate rehabilitation requiring a total investment of $70 billion. In another study, (FHWA) estimated that: nearly half of the bridge inventory is deficient due to either structural or traffic inadequacies; a $90 billion backlog of bridge maintenance exists; traffic congestion wastes 1.4 billion gallons of gas and 1.2 billion person-hours each year; and transportation delays add $7.6 billion annually to costs in the US. It is estimated that $78B will be spent over the next 20 years in major rehabilitation of bridges 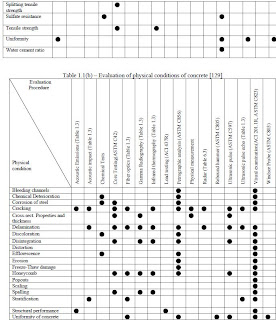 Studies by the National Bureau of Standards (NBS, now the National Institute for Standards and Technology) estimated that overall corrosion costs in the United States are 4.2% of the Gross National Product (GNP) or over $300 billion

Caltrans has used portable linear accelerator x-ray sources for use in field inspections of bridges and associated structures.

The Hesco x-ray portable linear accelerator shows that they there is a niche for an high energy x-ray source for bridge inspections. Lawrenceville plasma physics would have to have a system with superior characteristics and costs to penetrate the bridge and concrete inspection market.

The advent of a portable source of very high energy x-rays has opened up inspection possibilities in a wide range of environments. Applications have included such areas as concrete and steel bridges, nuclear waste containers, nuclear and fossil power plants, surface and airborne transportation systems, space launch systems and other thick section problems that cannot be imaged using other NDT methods.

PORTABILITY
Perhaps the most notable attribute of these systems is their portability. For example, a typical 6 Mev unit consists of a remote van mounted control and power module and an at-site r.f. generator coupled via flexible wave guide to the accelerator. The accelerator, at 100 pounds in a roughly 12″ cube is the actual working point of the system. Compare this to the refrigerator sized, crane mounted units commonly used for indoor radiography and the real value of this new technology is obvious.

HIGH OUTPUT
The output of portable systems matches that of the fixed systems. That means energies of from 1Mev to 11Mev at photon fluxes of from 15 to 3000R/Min/1 Meter. The control and r.f. drive units are basically the same for each energy, with different accelerators being fitted as needed. This gives the user great latitude for developing exactly the system to meet his needs without the large price differences normally associated with an increase in output.

THICK SECTION PENETRATION
As with output, portable systems can match the penetration capability of fixed units in all respects. An important thing to remember is that these energies have never been available in the field before the appearance of these accelerators. That means otherwise uninspectable areas can now be considered as candidates for NDE examination. For instance, a 48″ pre-stressed concrete bridge beam with corrosion indications can now be examined for loss of section in it’s tensioning members.

IMAGE QUALITY/RESOLUTION
In addition to the shorter exposure times and high energy/output, accelerators have very small focal geometry ( less than 2mm). This is less in most cases than that of conventional x-ray systems and certainly much smaller than isotopic sources. This fact produces much smaller geometric unsharpness values at equivalent source to film distances (SFD). Much greater SFD can be used to achieve higher sensitivity ( i.e. 1/1T -vs- 2/1T) and finer film resolution (i.e. type M -vs- type AA) than has been otherwise possible. 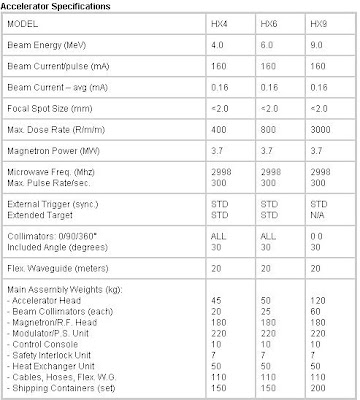 Gamma Rays and other new scanning technologies for bridges
Gamma-rays have been applied in an NDT campaign aimed at evaluating the condition and the exact location of the internal post-tensioning cables of an existing box-girder concrete bridge. Previous visual inspections to the bridge deck revealed systematic cracking patterns and localized corrosion signs in the post-tensioning ducts.

The results show that this method is an appropriate tool to obtain the type of details whose resolution was the motivation for this work including the precise location and size of the metallic elements such as the internal post-tensioning cables of this box-girder concrete bridge.

Gruond Penetrating radar has been used for bridge inspections.