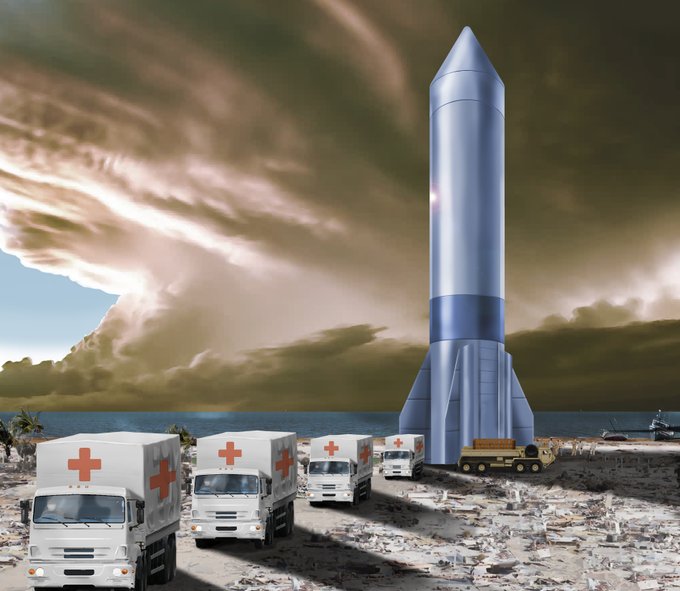 The US Air Force is funding $48 million to study using the SpaceX Starship to move military cargo anywhere in the world in one hour.

There will need to be more spent to actually use SpaceX Starships for rapid deployments. SpaceX seems to be well on the way to making Starship a technical and economic success. SpaceX Starships will be capable of flying 6000-8000 miles in a single stage at up to Mach 15-25 with a payload of 100 tons.

The US Air force will leverage the fully reusable SpaceX Starship and Super Heavy capabilities. The SpaceX Starship can technically be used as a hypersonic bomber. It can also deploy millions of times more material to orbit.

There will need to be a solution to working with Russia and China about massive amounts of peaceful rocket traffic. There needs to be real-time visibility and assurance that there is no nuclear missile threat.

📢BREAKING: Dept. of @usairforce announces Rocket Cargo as the fourth Vanguard program as part of its transformational science and technology portfolio. @SpaceForceDoD was designated as the lead service for Rocket Cargo Vanguard. https://t.co/drp6Bn7OKy #AFResearchLab #AF2030 pic.twitter.com/L03OXodORr