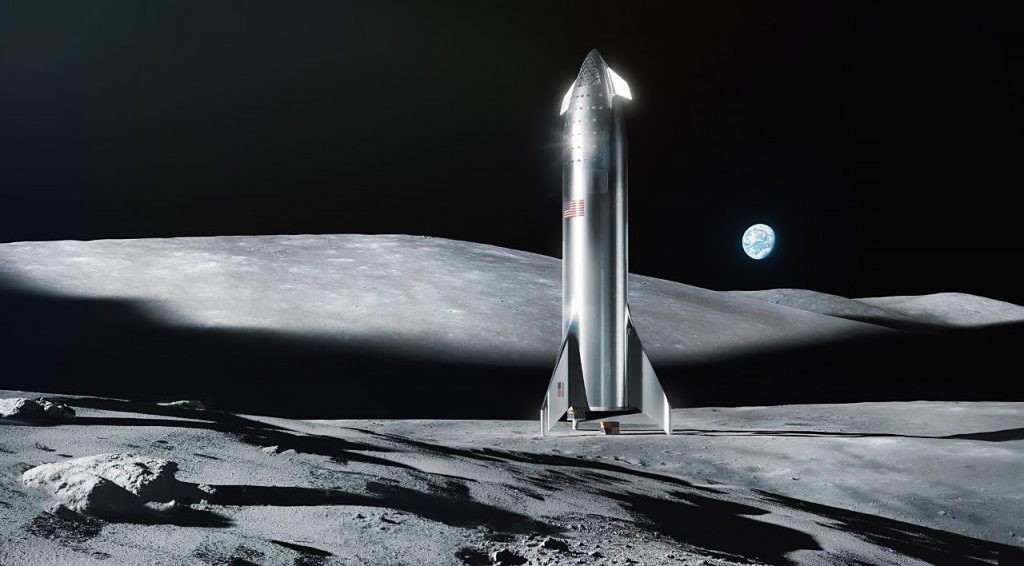 NASA Office of Inspector General – Office of Audits IG-22-003 (A-20-008-01) says NASA Artemis program will not land humans on the moon before 2027. The NASA Artemis program had been targeting to return humans to the Moon by late 2024 rather than 2028 as initially planned. NASA implemented modifications to its routine procurement and program management practices in an attempt to accelerate the mission schedule and reduce costs.

The auditors indicate that SpaceX could have the Human Landing System ready by 2025. 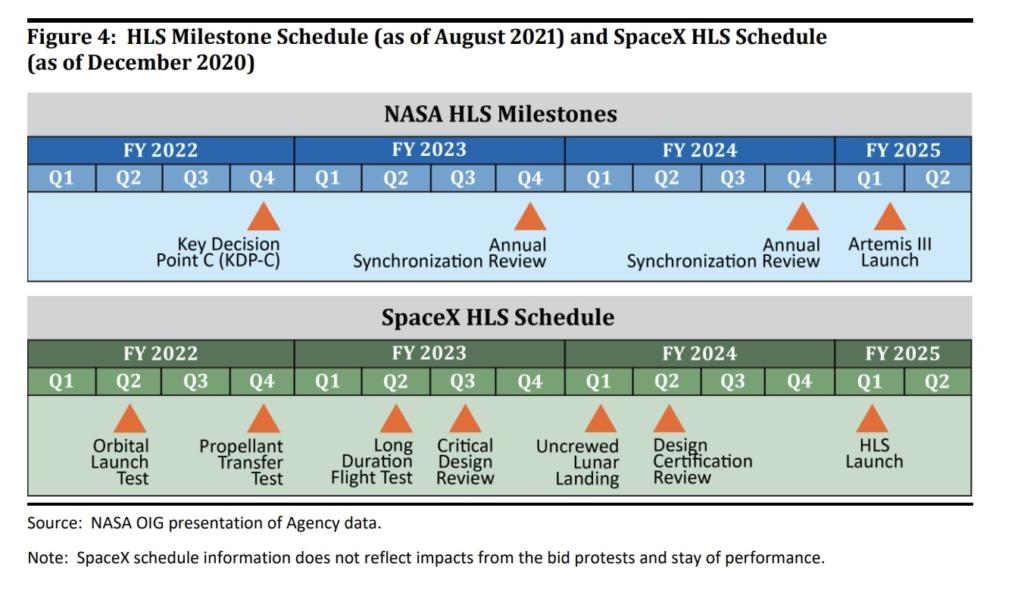 Recent space flight programs have on average taken about 2 years between test and operational flights, SpaceX plans to launch its crewed HLS 1.2 years after its uncrewed demonstration mission. To their credit, the company’s rapid “design-build-fly” testing approach and in-house production facilities are unique capabilities that may allow for faster development and production timelines than previous NASA space flight programs. 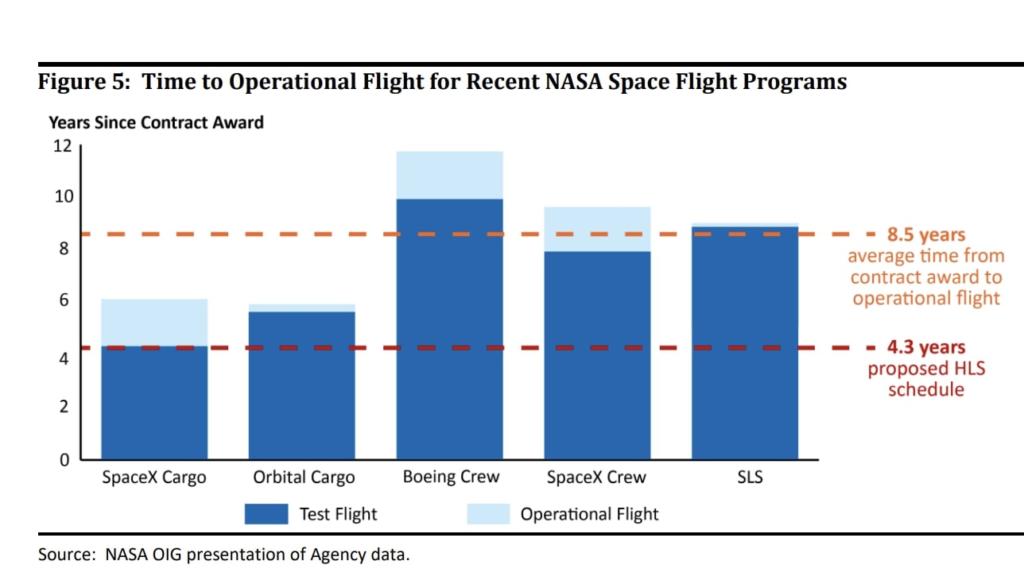 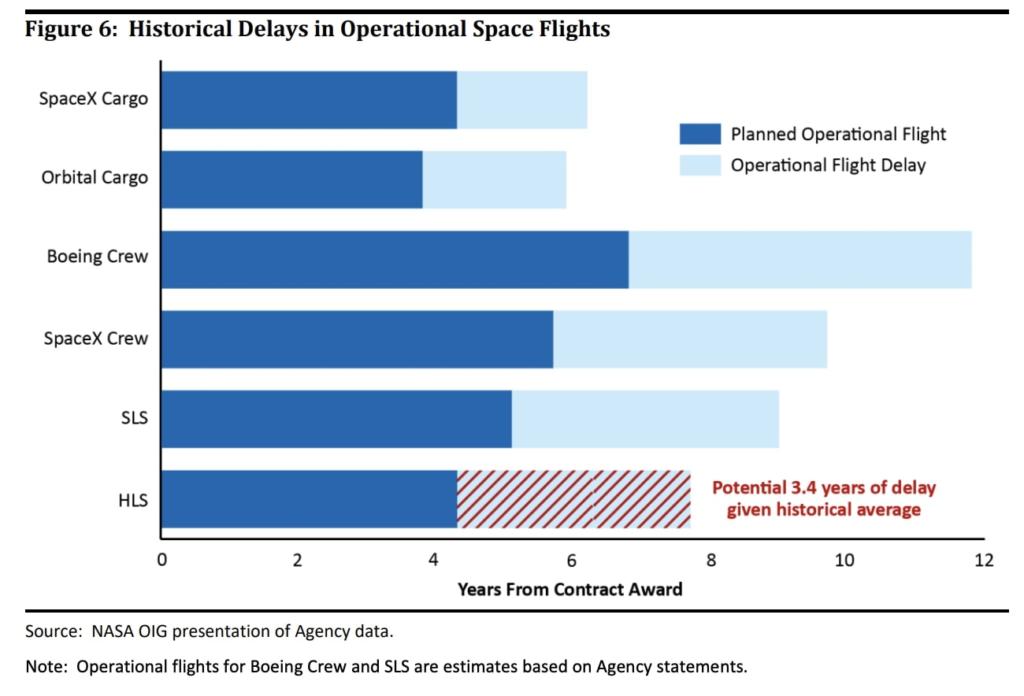 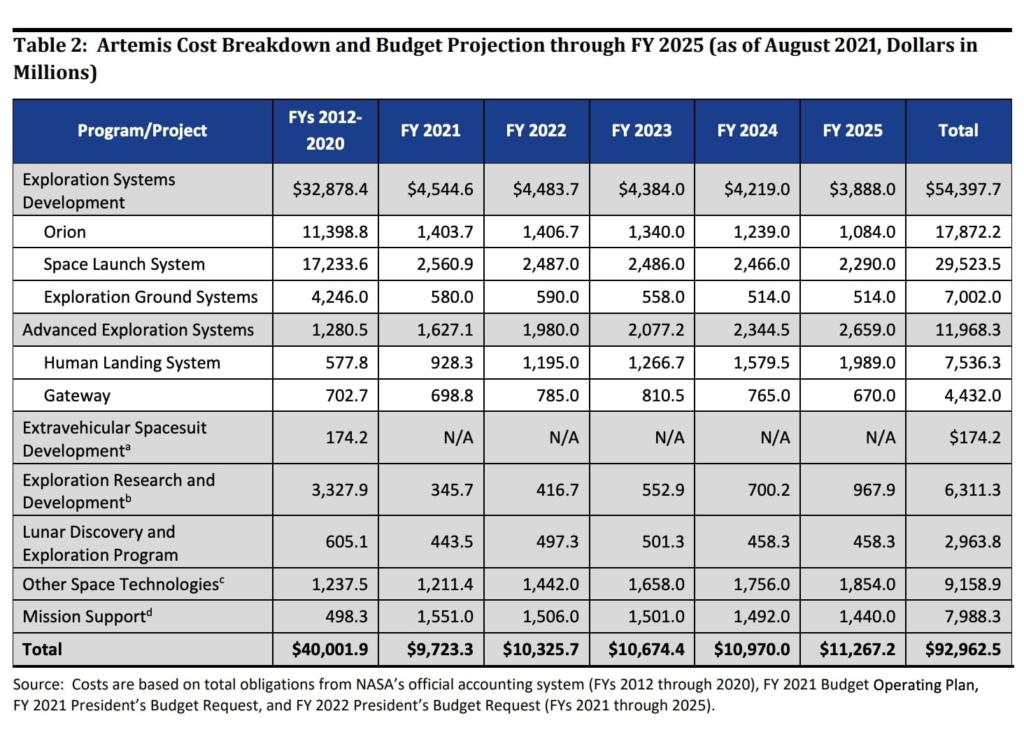 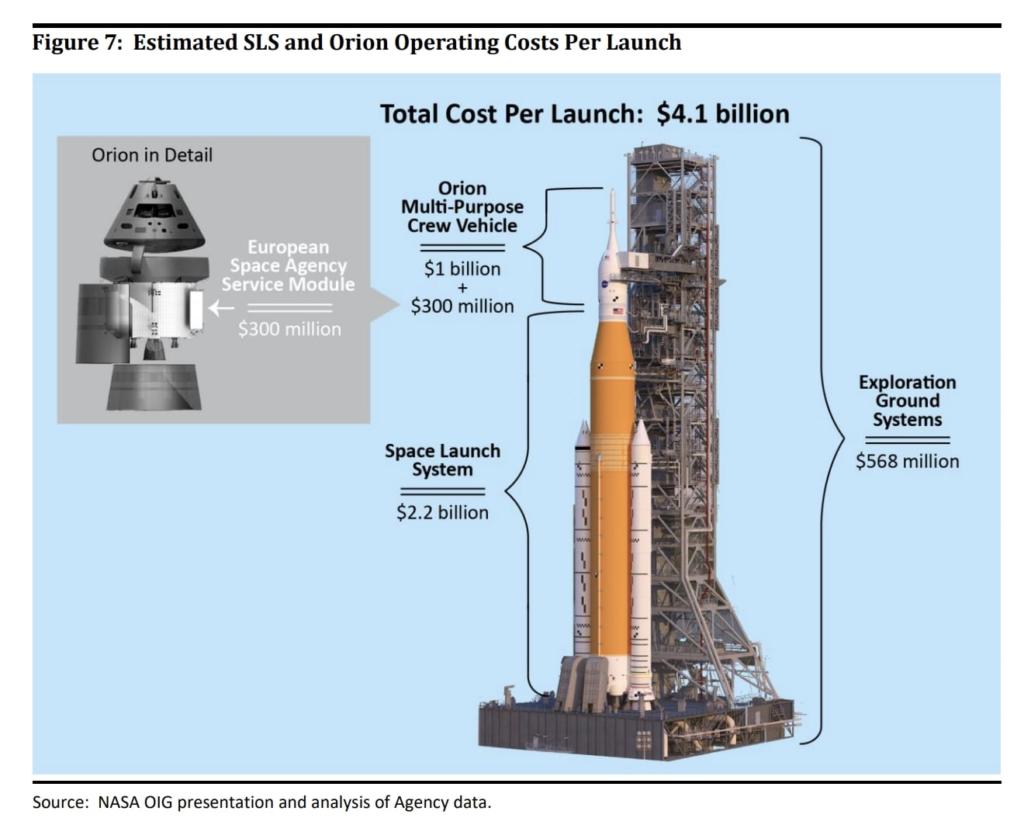 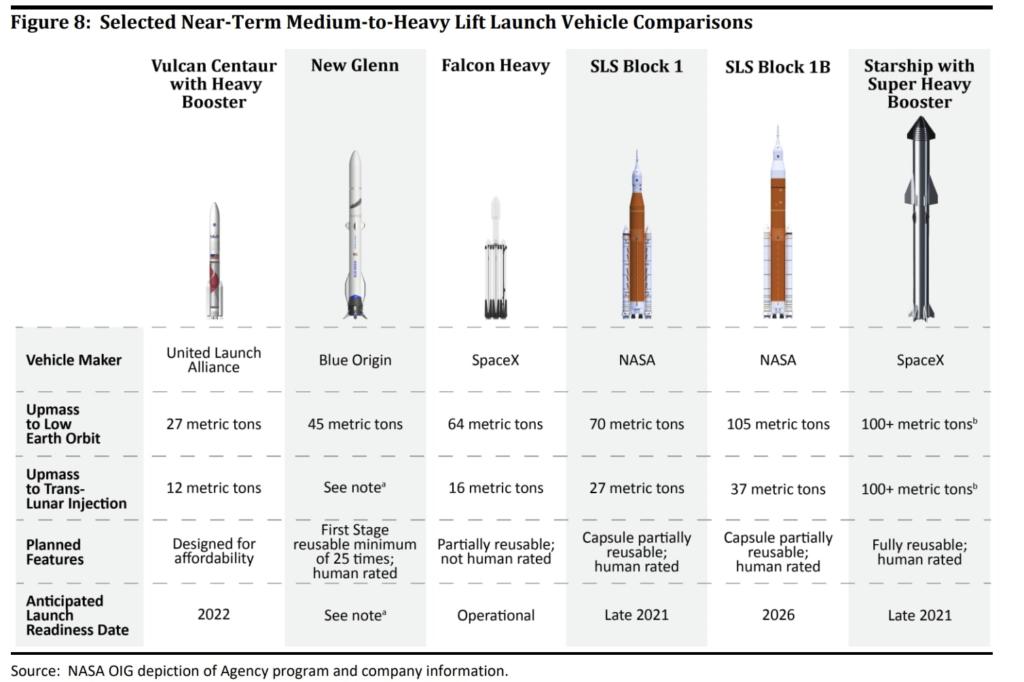 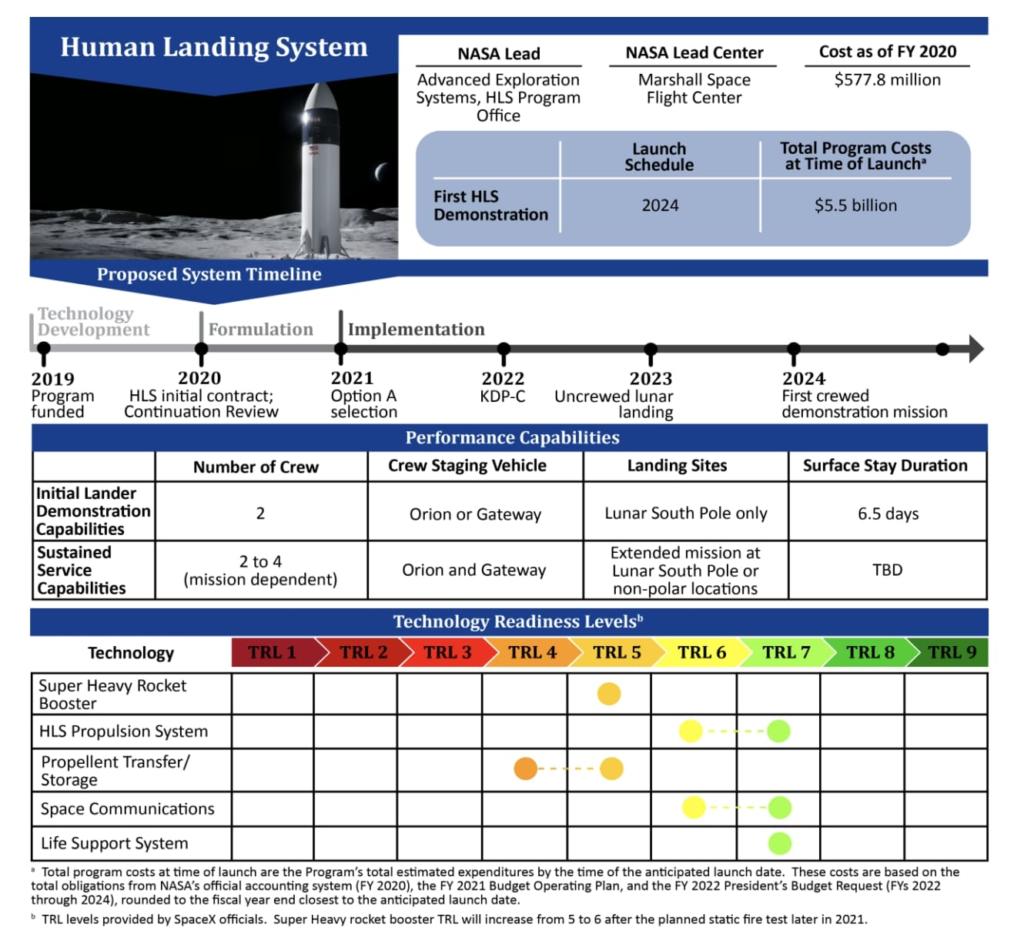 Artemis I mission elements now being integrated and tested at Kennedy Space Center, auditors estimate NASA will be ready to launch by summer 2022 rather than November 2021 as planned.

Although Artemis II is scheduled to launch in late 2023, auditors project that it will be delayed until at least mid-2024 due to the mission’s reuse of Orion components from Artemis I.

While the Advanced Exploration Systems (AES) Division—which includes HLS, Gateway, and next-generation spacesuits—is working on an integrated master schedule (IMS) for Artemis III that incorporates Exploration Systems Development (ESD) Division programs—SLS, Orion, and Exploration Ground Systems—the draft version does not include information on programs critical to Artemis that are outside of AES and ESD. Given the time needed to develop and fully test the HLS and new spacesuits, they project NASA will exceed its current timetable for landing humans on the Moon in late 2024 by several years.

$4.1 billion per Launch of SLS

NASA lacks a comprehensive and accurate cost estimate that accounts for all Artemis program costs. For FYs 2021 through 2025, the Agency uses a rough estimate for the first three missions that excludes $25 billion for key activities related to planned missions beyond Artemis III. When aggregating all relevant costs across mission directorates, NASA is projected to spend $93 billion on the Artemis effort up to FY 2025. Auditors also project the current production and operations cost of a single SLS/Orion system at $4.1 billion per launch for Artemis I through IV, although the Agency’s ongoing initiatives aimed at increasing affordability seek to reduce that cost. Multiple factors contribute to the high cost of ESD programs, including the use of sole-source, cost-plus contracts; the inability to definitize key contract terms in a timely manner; and the fact that except for the Orion capsule, its subsystems, and the supporting launch facilities, all components are expendable and “single use” unlike emerging commercial space flight systems. Without capturing, accurately reporting, and reducing the cost of future SLS/Orion missions, the Agency will face significant challenges to sustaining its Artemis program in its current configuration. 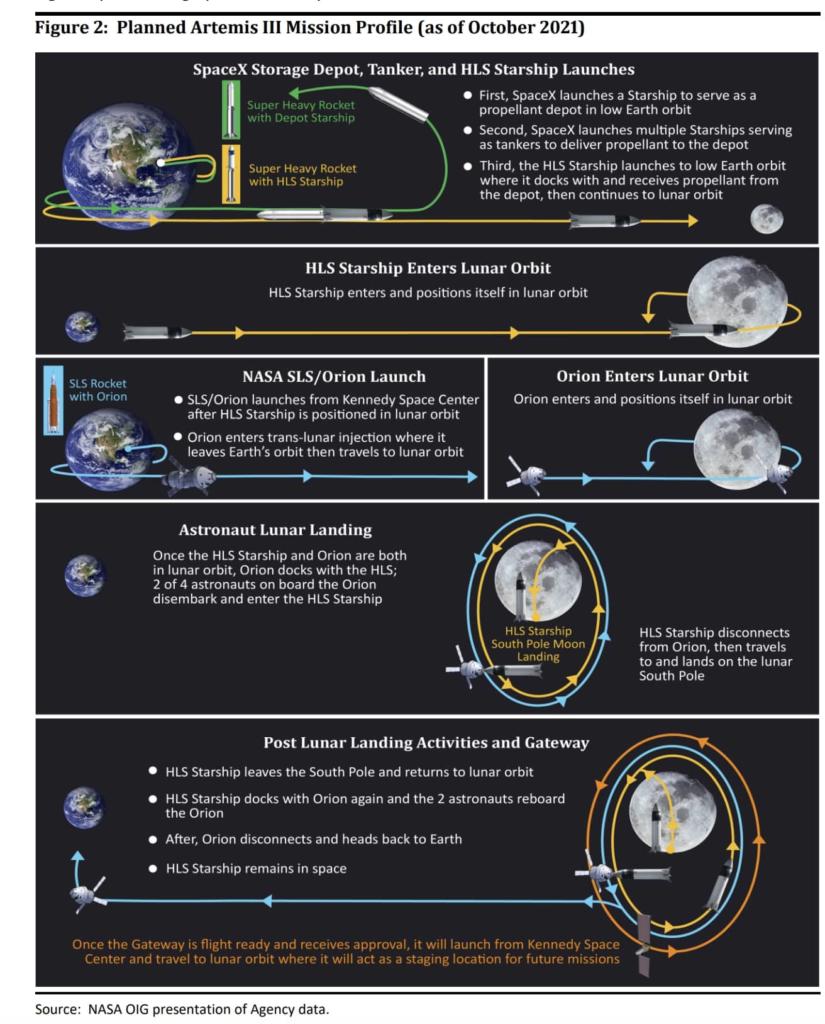 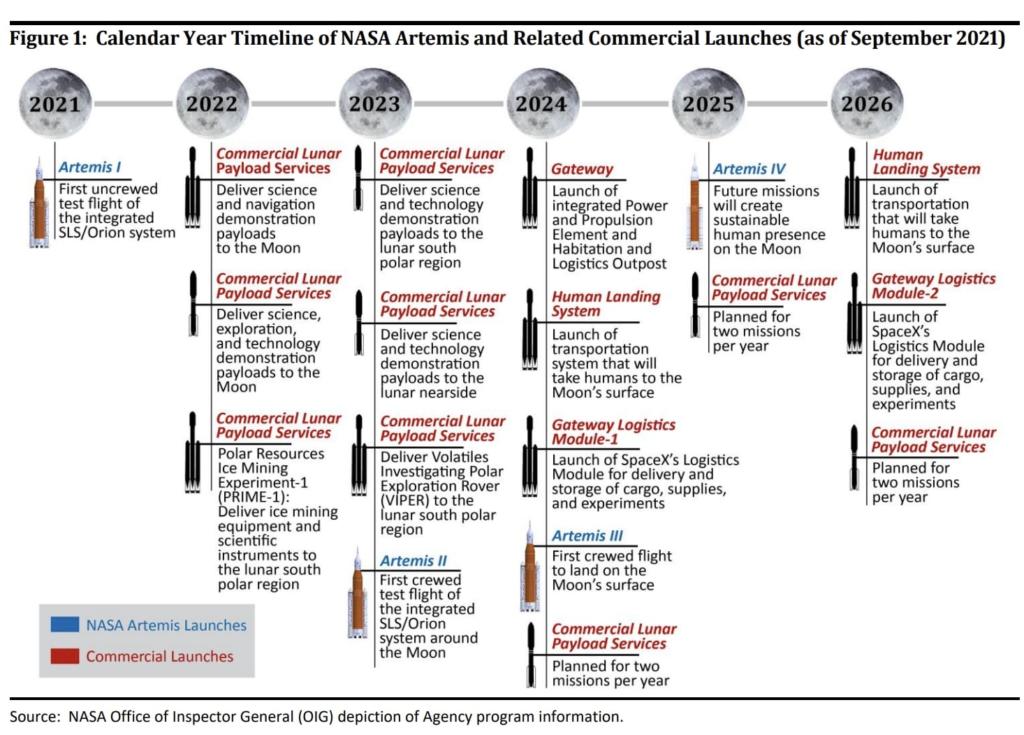