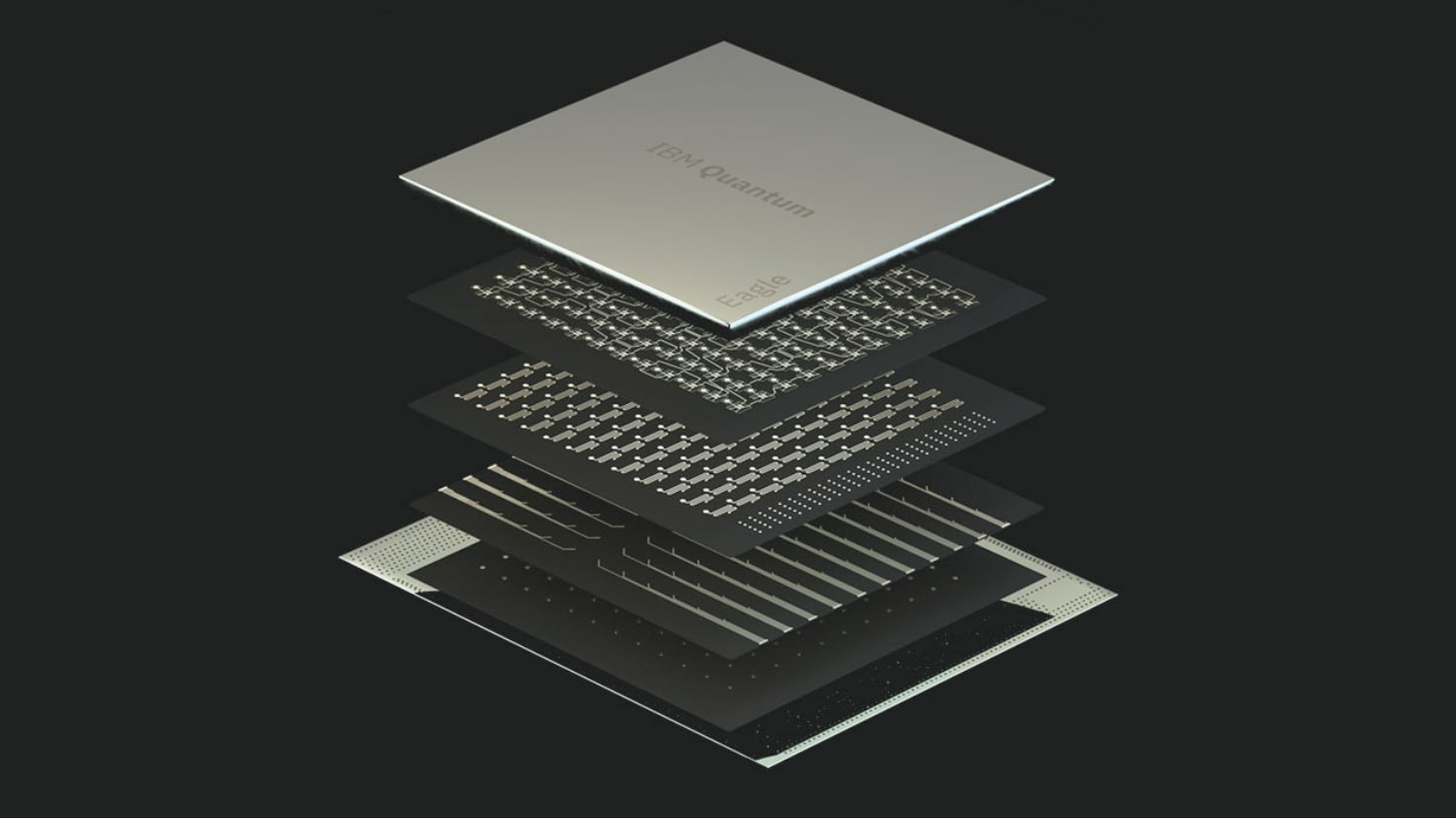 The ‘Eagle’ processor is a breakthrough in tapping into the massive computing potential of devices based on quantum physics. It heralds the point in hardware development where quantum circuits cannot be reliably simulated exactly on a classical computer. IBM also previewed plans for IBM Quantum System Two, the next generation of quantum systems.

BM recently debuted detailed roadmaps for quantum computing, including a path for scaling quantum hardware to enable complex quantum circuits to reach Quantum Advantage, the point at which quantum systems can meaningfully outperform their classical counterpoints. Eagle is the latest step along this scaling path.

IBM quantum roadmap is leading to increasingly larger and better chips, with a 1,000-qubit chip, IBM Quantum Condor, targeted for the end of 2023.

The design principles established for our smaller processors will set us on a course to release a 433-qubit IBM Quantum Osprey system in 2022. More efficient and denser controls and cryogenic infrastructure will ensure that scaling up our processors doesn’t sacrifice the performance of our individual qubits, introduce further sources of noise, or take up too large a footprint.

In 2023, we will debut the 1,121-qubit IBM Quantum Condor processor, incorporating the lessons learned from previous processors while continuing to lower the critical two-qubit errors so that we can run longer quantum circuits. We think of Condor as an inflection point, a milestone that marks our ability to implement error correction and scale up our devices, while simultaneously complex enough to explore potential Quantum Advantages—problems that we can solve more efficiently on a quantum computer than on the world’s best supercomputers. 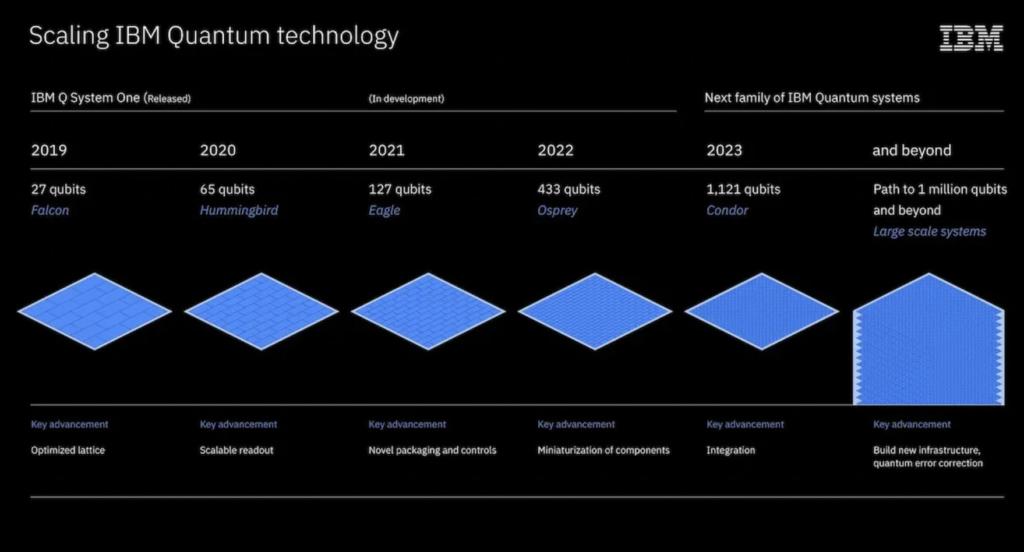 ‘Eagle’ is IBM’s first quantum processor developed and deployed to contain more than 100 operational and connected qubits. It follows IBM’s 65-qubit ‘Hummingbird’ processor unveiled in 2020 and the 27-qubit ‘Falcon’ processor unveiled in 2019. To achieve this breakthrough, IBM researchers built on innovations pioneered within its existing quantum processors, such as a qubit arrangement design to reduce errors and an architecture to reduce the number of necessary components. The new techniques leveraged within Eagle place control wiring on multiple physical levels within the processor while keeping the qubits on a single layer, which enables a significant increase in qubits.

The increased qubit count will allow users to explore problems at a new level of complexity when undertaking experiments and running applications, such as optimizing machine learning or modeling new molecules and materials for use in areas spanning from the energy industry to the drug discovery process. ‘Eagle’ is the first IBM quantum processor whose scale makes it impossible for a classical computer to reliably simulate. In fact, the number of classical bits necessary to represent a state on the 127-qubit processor exceeds the total number of atoms in the more than 7.5 billion people alive today.

“The arrival of the ‘Eagle’ processor is a major step towards the day when quantum computers can outperform classical computers for useful applications,” said Dr. Darío Gil, Senior Vice President, IBM and Director of Research. “Quantum computing has the power to transform nearly every sector and help us tackle the biggest problems of our time. This is why IBM continues to rapidly innovate quantum hardware and software design, building ways for quantum and classical workloads to empower each other, and create a global ecosystem that is imperative to the growth of a quantum industry.”

“IBM Quantum System Two offers a glimpse into the future quantum computing datacenter, where modularity and flexibility of system infrastructure will be key towards continued scaling,” said Dr. Jay Gambetta, IBM Fellow and VP of Quantum Computing. “System Two draws on IBM’s long heritage in both quantum and classical computing, bringing in new innovations at every level of the technology stack.”

Central to IBM Quantum System Two is the concept of modularity. As IBM progresses along its hardware roadmap and builds processors with larger qubit counts, it is vital that the control hardware has the flexibility and resources necessary to scale. These resources include control electronics, which allow users to manipulate the qubits, and cryogenic cooling, which keeps the qubits at a temperature low enough for their quantum properties to manifest.

In addition, the new design brings the possibility to provide a larger shared cryogenic work-space – ultimately leading to the potential linking of multiple quantum processors. The prototype IBM Quantum System Two is expected to be up and running in 2023.