This site had previously analyzed the deaths per terawatt hour by energy source.

Air pollution from fossil fuel (coal plants and oil used in cars and trucks) and developing countries burning wood or coal inside their homes are one of the biggest causes of all kinds of death and illness.

In the year 2004, outdoor air pollution in urban areas was responsible for almost 1.2 million deaths (2% of all deaths) and 0.6% of the global burden of disease. Transportation-related air pollution, which is a significant contributor to total urban air pollution, increases the risks of cardiopulmonary-related deaths and non-allergic respiratory disease. Some evidence supports an association of transportation-related air pollution with increased risks of lung cancer, myocardial infarction, increased inflammatory response and adverse pregnancy outcomes (e.g. premature birth and low birth weight). 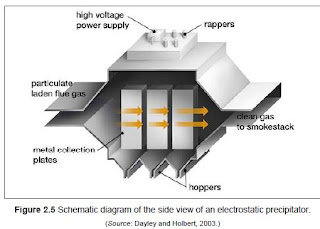 World Health Organization Recommendations to try to save 1.9 million lives each year in the developing world

* Encourage the substitution of solid fuels in the home by cleaner and more efficient fuels and technology.

* Encourage the use of improved stoves to lower pollution levels in poor rural communities where access to alternative fuels is limited and biomass remains the most practical fuel.

* Improve ventilation in homes, schools and the working environment.

* Prevent and remediate problems related to dampness and mould in housing to decrease the risk of exposure to hazardous microbes.

There are also known safety measures to be taken with coal mining. (5000 deaths per year). Improved ventilation, prevention of gas and dust buildup. Shifting away from coal usage to safer energy sources.

Standards for cars and trucks can be improved and there is retrofit and new technology for reducing particulates from current and future vehicles.

Widespread adoption of Euro six air pollution standards on cars and trucks would save over 200,000 lives per year.

“The adoption of aggressive standards (euro 6) by 2015 would set the world on a course to prevent the deaths of 200,000 people, save 13 million tons of cereal grains from ozone damage, and save $1.5 trillion in health damages each year after 2030,” Shindell said. 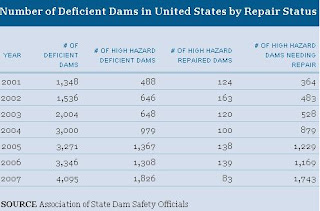 The 2009 report noted an additional investment of $12 billion over 10 years will be needed to eliminate the existing backlog of 4,095 deficient dams. That means the number of high hazard potential dams repaired must be increased by 270 dams per year above the number now being repaired, at an additional annual cost of $850 million a year. To address the additional 2,276 deficient—but not high hazard—dams, an additional $335 million per year is required, totaling $3.4 billion over the next 10 years

Similar studies and efforts are needed in other countries. There also should be better planning and preparation in the event of dam failures. Prevent people from building along the flood plain.

There are deficiencies in the older plants and they should be brought up to a higher standard. This needs to be kept in perspective with where the greater risks are. Simple things like sealing backup diesel engines and burying fuel tanks or using passive safety systems are well known and should be implemented where appropriate.

Have less rooftop solar and more solar like Coolearth or integrate the rooftop solar into the roofing tiles so there is less incremental risks to workers falling.

Read next: Localized delivery of an anti-cancer drug by remote-controlled microcarriers »
« Jerry Pournelle discusses the Japanese reactors and the worst case