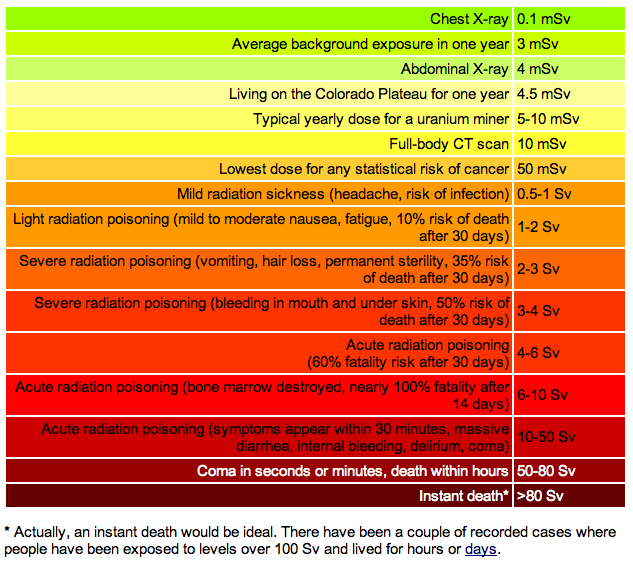 Japanese authorities also today informed the IAEA at 04:50 CET that the spent fuel storage pond at the Unit 4 reactor of the Fukushima Daiichi nuclear power plant is on fire and radioactivity is being released directly into the atmosphere.

Dose rates of up to 400 millisievert per hour have been reported at the site. The Japanese authorities are saying that there is a possibility that the fire was caused by a hydrogen explosion.

As reported earlier, a 400 millisieverts (mSv) per hour radiation dose observed at Fukushima Daiichi occurred between units 3 and 4. This is a high dose-level value, but it is a local value at a single location and at a certain point in time.